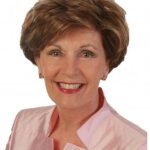 On June 4th 2009, Jacqueline was elected as one of three Conservative MEPs for the North West of England. Jacqueline was appointed the Conservative Party's Spokesman on the Transport & Tourism Committee and a Member of the Environment Committee.In addition, Jacqueline is Vice President of the Animal Welfare Parliamentary Intergroup and Vice President of the Sky & Space Parliamentary Intergroup.Prior to her being elected to the European Parliament in 1999, Jacqueline worked in the Airline Industry for British Airways for more than 20 years. 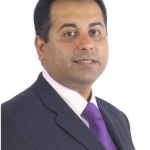 Sajjad was born and grew up in Lancashire, North West England. He has always had a strong interest in politics and at an early age campaigned for the local Conservative candidate in his home town.Sajjad went on to qualify as a Solicitor of the Supreme Court of England and Wales in 1997 and became a partner in several specialist law practices across the North West of England, including his own practices in Pendle and Manchester.