I am hoping that on the Covid 19 front the sun lit uplands may be in sight with the roll out of the Vaccine. I and members of my family have received the first dose with no ill effects and as a volunteer at the St Peters Medical Centre I have witnessed thousands of people receive the vaccine and have heard nothing but praise and hope for the future. I have great admiration for the thousands of professionals and volunteers Nationwide for their efforts and would encourage everyone who is called to take up the offer for their own safety, that of their family and friends and to allow the Country to reopen and return to business.

In my last column I attempted to predict the narrative of the recent Budget Council and from what I heard on a rather intermittent Zoom link they could have used the column as a script.

The meeting opened with the Cabinet Member bemoaning the ravages caused by Covid and the parsimony of Central Government. We were then treated to Cllr Alan Neal’s annual monologue on the reduction year on year of Rate relief grant, comments supported by Cllr Walmsley, but neither of them seemed concerned that the grant is A) provided by the ordinary tax payer nationwide, nor B) that the reduction in grant is dwarfed by losses incurred by the current administration as mentioned in my last column.

One major financial loss I didn’t mention was that caused by the failure of the Wind Farm application. If passed it would have brought a Capital Receipt of circa £1 million and annual revenue receipts £760k per year for 25 years. Unfortunately, due to the volume of objections the application was reviewed by an independent planning inspector who the planning procedure carried out by R B C was flawed and the wind farm and income was lost. I did enquire at the subsequent Council meeting if the relevant planning officer and Cabinet Member would be considering their position. From the howls of anguish from the Labour side of the chamber one would have thought I had suggested they be bound thrown in a cart and dragged off to the Guillotine.

At the end of the Budget debate the vote was taken and two Councillors voted against the budget. Whilst it is their democratic right, neither had on the night nor before had offered any other option for paying for the services RBC supplies or what they would cut to balance the budget. Virtue Signalling can bring a warm glow, but “butters no parsnips”.

Being a Local Councillor sometimes requires making unpopular decisions. If someone is not willing to make them step aside and leave it to someone who can.

This will be my last column for a while as pre-election purdah soon begins. I would not presume to tell anyone how to vote in the three separate ballots on May 6th, but I would urge you to bear the following in mind

Police and Crime Commissioner; Under the current Labour incumbent, whom I doubt could find Rossendale if you gave him a Tomtom Satnav. Rossendale has lost the main functions of its Police Station in Waterfoot it has become somewhere officers can stop in for a brew. The satellite station in Bacup has also closed its doors to the public. The Conservative candidate, who lives in Helmshore has pledged to review this.

Lancashire County Council; Please bear in mind four years ago the then Labour Administration stated they would not be able to set a Budget in the next 12 months due to financial maladministration. Children’s Service, which are responsible for looking after the most vulnerable children in the County was declared unfit for purpose and close to being taken over by Whitehall. Libraries across Lancashire and Helmshore Textile Museum closed. In the last 4 years under Conservative control a balanced budget set each year, libraries and Textile Museum reopened and Children’s Services considered good to outstanding. 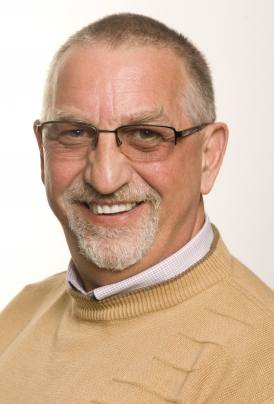