Local Councillors in touch over floods 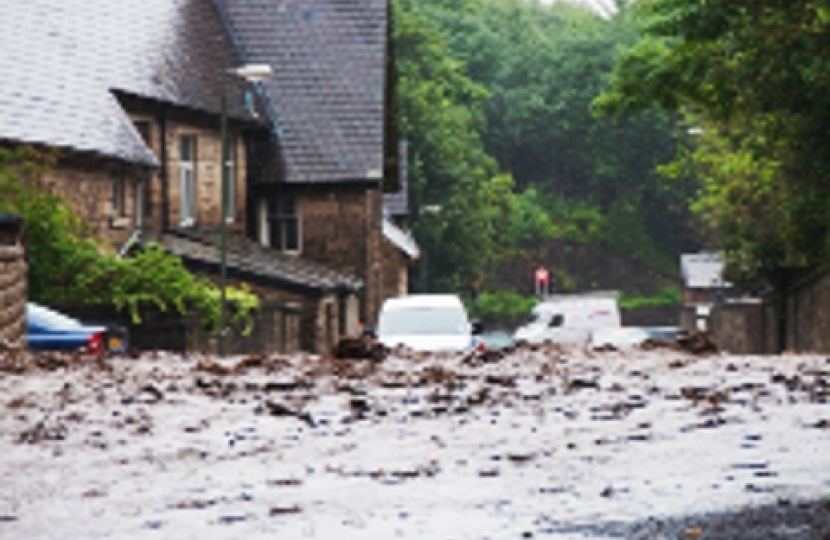 Worst hit were Stubbins near Ramsbottom and parts of Rossendale, while busy commuter routes including the A59 in Ribble Valley and the Edenfield bypass were flooded.

Councillor Granville Morris told the Lancashire Telegraph He said: “I noticed surges of water running down the roadside gulleys into the grates. It looks as though with leaves blocking them they are not operating efficiently at present."

The gym remained closed last night and an Environment Agency spokesperson said they had been inundated with an unusual amount of calls. Blackburn Golf Club was also affected, while Lomas Lane in Rawtenstall, Vale Street in Bacup and Holcombe Road in Helmshore suffered some flooding.

There was also problems at Whitaker Park in Rawtenstall.

Councillor Daryl Smith of Eden Ward said: “County council highways officers called me to say they had been dealing with a phenomenal amount of incidents. The Environment Agency tells me that 26mm of rain fell within one hour."

“They sent a workforce to Irwell Vale and the communities department from Rossendale Council was doing all it possibly could as well.

“The River Irwell was very high so everyone was keeping a close watch on that. The bridge in Bolton Road North is a notorious flood hotspot. The road actually dips so that heavy goods vehicles can fit underneath, which obviously worsens the problem when it rains like this.

“There are six to eight gullies but they cannot cope with so much rainfall in such a short space of time.”

To get in touch with your local councillors, please use the 'People' link.