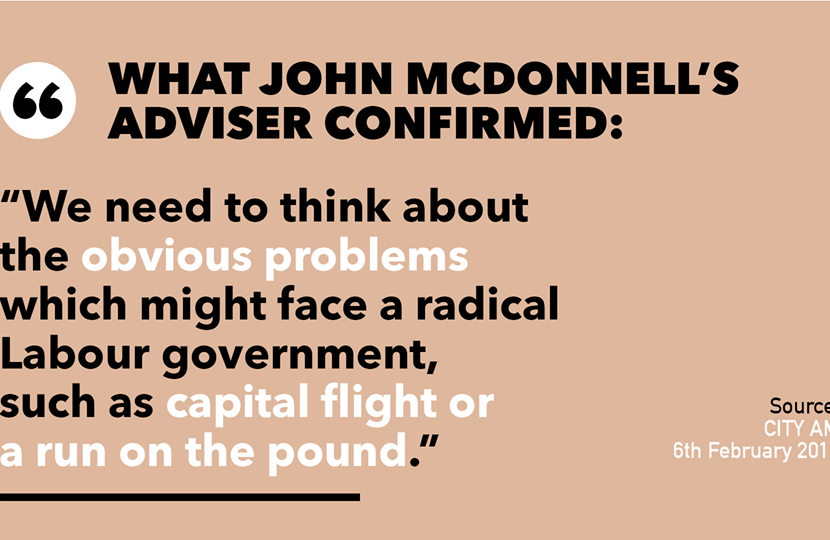 Here's what Shadow Chancellor John McDonnell's adviser confirmed: a Labour government would see capital flight and a run on the pound - damaging our economy and putting people's jobs at risk.

We believe in having a strong economy that creates more jobs and protects people's livelihoods.

And that's why we're building an economy that's fit for the future. 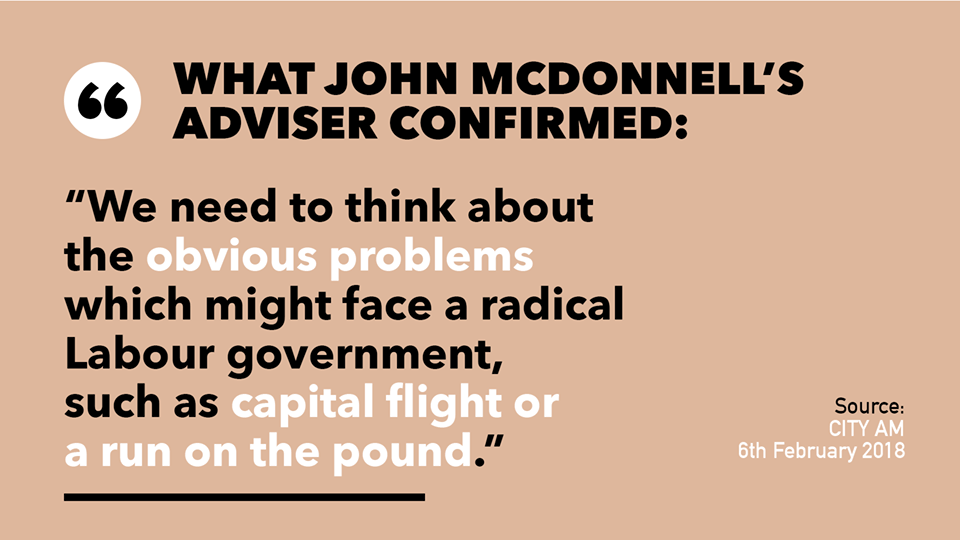