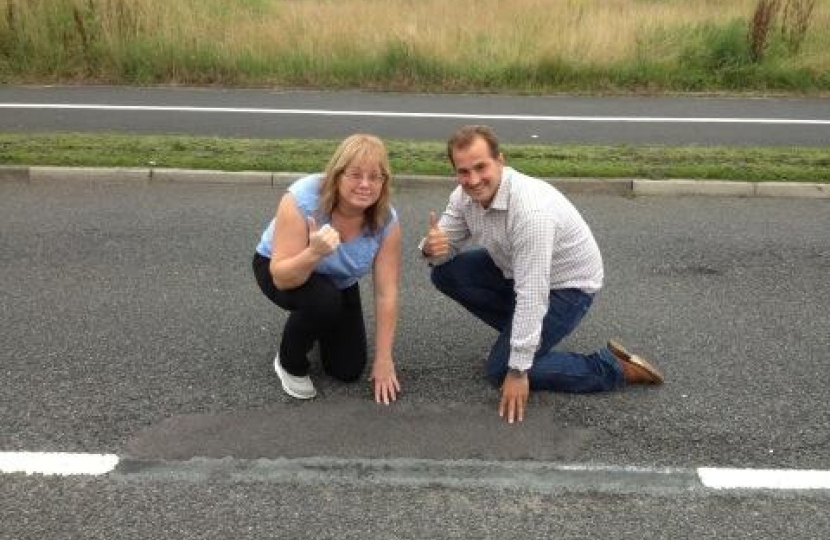 Jake Berry MP is asking locals to be on the lookout for the most pock-marked routes from Lower Darwen to Whitworth after being inundated with concerns from local residents.

Potholes are a serious problem causing millions of pounds worth of damage to cars every year and the Government has already committed £3 billion towards the maintenance of the UK’s highways between 2012 and 2015.

Now Jake is campaigning for Rossendale and Darwen to get its fair share of the funding for its roads before the coming winter makes them even worse.

Jake said: “Everyone knows the famous line from the Beatles about the 4,000 holes in Blackburn, but I think Rossendale, Darwen and the surrounding areas are worse and it seems that our roads are always the last to get repaired.

“The Government has put a lot of money into repairing our highways, but the last couple of winters have been particularly harsh and many of our local roads have taken a real battering.

“I am calling on local residents across Rossendale and Darwen to let me know of any particularly bad areas and I will do my best to make sure that they are repaired as soon as possible.”

To let Jake know about any problems, go to potholepatrol.tk or email jake.berry.mp@parliament.uk.