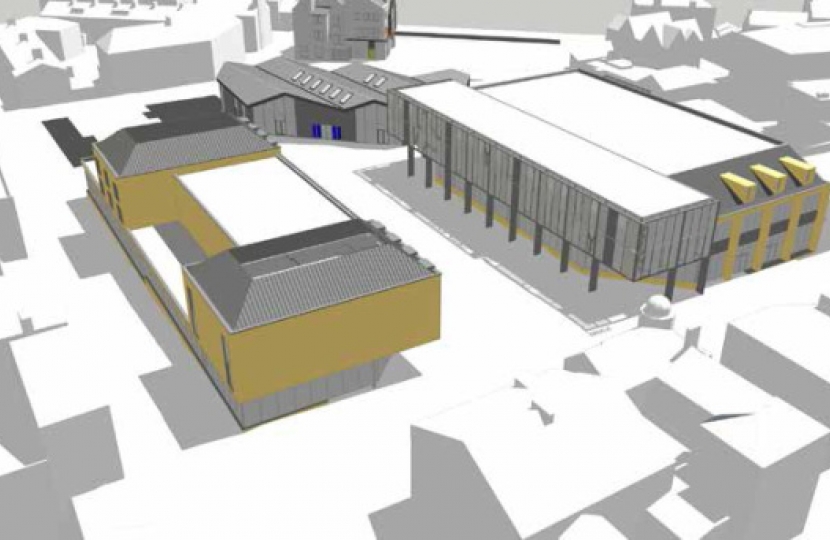 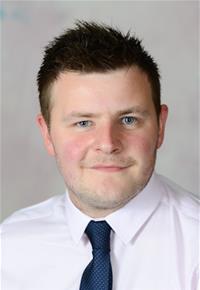 I think this shows some of the key issues with the proposals, as well as my concerns. This development is planned for our conservation area, but the plans are not in keeping with the surrounding area. I believe RBC need to go back to the drawing board and really listen to residents to come up with a design that enhances its surrounding, rather than trying to stand out from them

Historic England have formally advised Rossendale Council that their proposals “cannot be found to be in line with the statutory act which sets out the requirement for the Local Planning Authority (LPA) to preserve or enhance the special character of a conservation area, or paragraph 137 of the National Planning Policy Framework (NPPF) which also sets out that the LPA should consider positively those schemes which better reveal, or enhance the significance of a conservation area”.

“Rawtenstall is described in the Lancashire: North volume of Pevsner as a chain of villages along the Rossendale valley, running from Bacup to Haslington, as opposed to a distinct town. Despite this, Rawtenstall functions as an administrative centre for the area, and houses the former town hall. Its status is further reflected in the good quality stone buildings which line the principal shopping streets, as well as number of large, and architecturally significant, churches including the Church of St Mary (GII) and Longholme Methodist Chapel (GII). The whole area was heavily involved in the textile trade, and at its height housed 145 cotton mills as well as other related industries. Ilex Mill remains within the close proximity of the central core of Rawtenstall, and has been converted to residential use.
The architectural and historic interest of the historic core of Rawtenstall is recognised in its designation as a conservation area, which includes a number of grade II listed buildings. The centre has previously been the focus of a redevelopment scheme, which includes the construction of a new bus station, behind the former town hall.
The next phrase of regeneration is now proposed, which seeks to develop the open area adjacent to the bus station, formally the location of a demolished mid-century shopping centre. The aim of the scheme is to repair the damaged cause to the streetscape by both the construction, and loss, of the shopping centre, as well as integrate the new bus station more fully into the town. 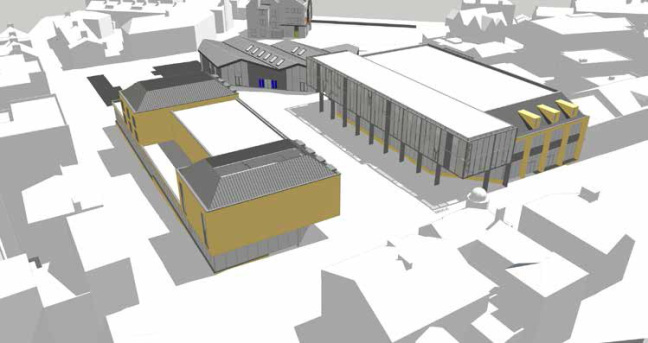 Historic England has been consulted due to the size of the proposed development within the Rawtenstall Conservation Area. We have provided pre application advice on the redevelopment of this site on a number of occasions, most recently stating in pre application discussions the following: –
‘The current scheme is presently at a high level master planning stage, but is moving forward positively, with the building blocks well positioned. Careful consideration will need to be given to the public realm, most specifically to the car parking proposed in front of the Baptist Chapel of Kay Street. This building contributes positively to the conservation area, and steps should be taken to ensure it is integrated into the newly created townscape so that the proposed car parking does not distract from the building.’
‘The suitability of the new build elements will be influenced by the intended elevational treatment and materials, as well as their scale and mass, and we would welcome further comment as the detailed designs progress.’
The opportunity to comment further on the detailed designs for the new build did not arise, and formal application has now been submitted and referred to us for our consideration.
We continue to support the aims of revitalising this gap site in the heart of Rawtenstall and recognise the wide ranging benefits such a development could bring. As previously stated, we believe that the master plan is well considered, however, we have now considered the detailed designs for the scheme including the scale, mass and form of the new build, and have concerns with the proposals as presented.

The development blocks read as such, large singular structures, as opposed to a series of interlinked buildings which form a cohesive whole, creating an engaging elevational treatment.

The scale of the new build is in direct contrast to the grain and scale of the surrounding streets, with the result that the proposals are not considered to sit comfortably in the historic townscape.
We are also concerned with the overall height of the structures. Whilst three storey’s could be accommodated in parts of the development, the consistent eaves line of both buildings compounds the sense of scale, which further alienates them from the surrounding historic buildings, which are not only lower, but have an inconsistency which adds to their interest and character.
Whilst we would not expect a new development to be a facsimile of a historic row of shops, for the proposals to form an attractive addition to the conservation area, they should be respectful and reflect forms of the surrounding townscape. The currently proposed scheme does not achieve this. Perhaps most disappointingly, the Design and Access Statement includes schemes put forward for public consultation, which we consider to be far more contextual, and to which we could have more feasible lent our support to.

The proposals cannot be found to be in line with the statutory act, which sets out the requirement for the Local Planning Authority (LPA) to preserve or enhance the special character of a conservation area, or paragraph 137 of the National Planning Policy Framework (NPPF) which also sets out that the LPA should consider positively those schemes which better reveal, or enhance the significance of a conservation area. Historic England raise concerns with the proposals in their current form, and advise that work should be undertaken to produce a more contextual scheme, which responds positively to the character of the surrounding conservation area.
Recommendation 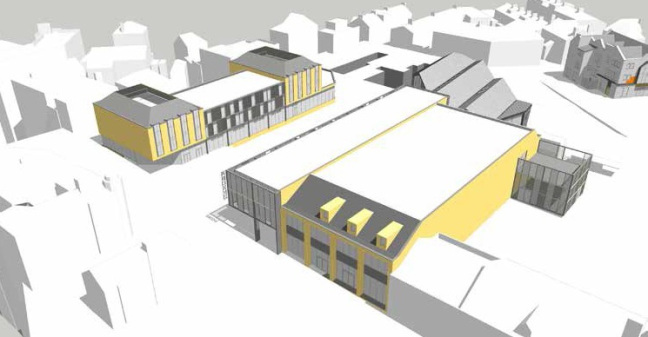 Historic England has concerns regarding the application on heritage grounds.
We consider that the issues and safeguards outlined in our advice need to be addressed in order for the application to meet the requirements of paragraphs 137 of the NPPF.

In determining this application you should bear in mind the statutory duty of section 72(1) of the Planning (Listed Buildings and Conservation Areas) Act 1990 to pay special attention to the desirability of preserving or enhancing the character or appearance of conservation areas.

Your authority should take these representations into account and seek amendments, safeguards or further information as set out in our advice. If there are any material changes to the proposals, or you would like further advice, please contact us.
NORTH WEST OFFICE”

For your views to count it is important you make them official by registering and commenting on Rossendale Council’s planning website here.

Alternatively since people have been unable to access Rossendale Council’s planning website to comment over Christmas and New Year period you can email your comments to RBC’s Planning Manager Nicola Hopkins at planning@rossendalebc.gov.uk 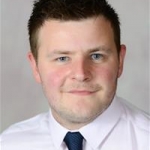