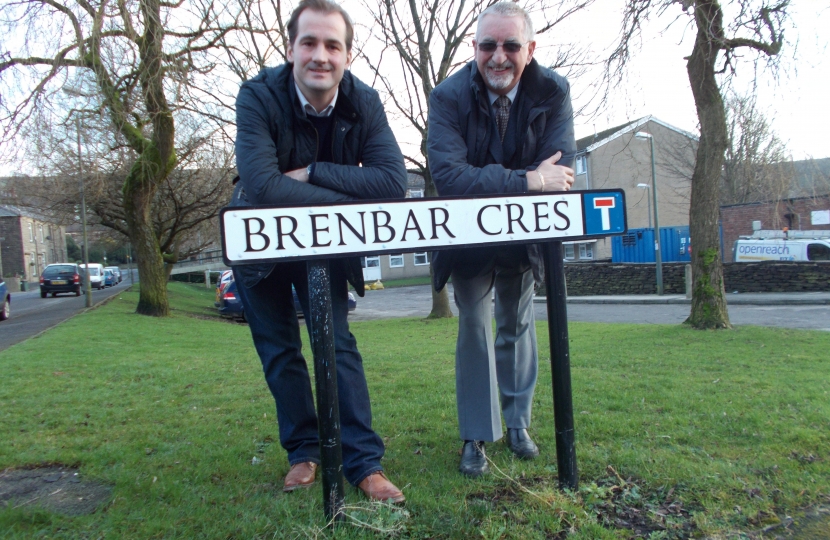 MP for Rossendale, Jake Berry and County Councillor for Whitworth, Peter Steen have joined together to welcome the news that at long last work is due to start to officially decontaminate the area around Brenbar Crescent in Whitworth.

The former Whitworth Vale Gasworks site was identified as having “potential historic contamination” and it was believed that materials on the site could be having an effect on the River Spodden which runs alongside the site boundary.

In 2011, local residents contacted Jake, as they were concerned that they would be faced with a huge bill to clear the problem. They were also faced with potential difficulties if they wanted to sell their homes due to their homes being placed on the “contaminated land” register.

Jake commented: “It simply wasn’t fair for local residents to be landed with a bill for thousands of pounds because of a failing to clear the site properly years ago. After extensive negotiations between the local Council and the Environment Agency, I am delighted that a grant was awarded to ensure the area is cleaned up properly.”

County Councillor for Whitworth, Peter Steen added: “It’s taken a while, but at long last we are on the final stretch. The clear up is due to start shortly. If any residents have any problems whilst the works are ongoing, please get in touch.”

County Councillor Peter Steen can be contacted at peter.steen@lancashire.gov.uk