All the fun of the fair and naming our bear 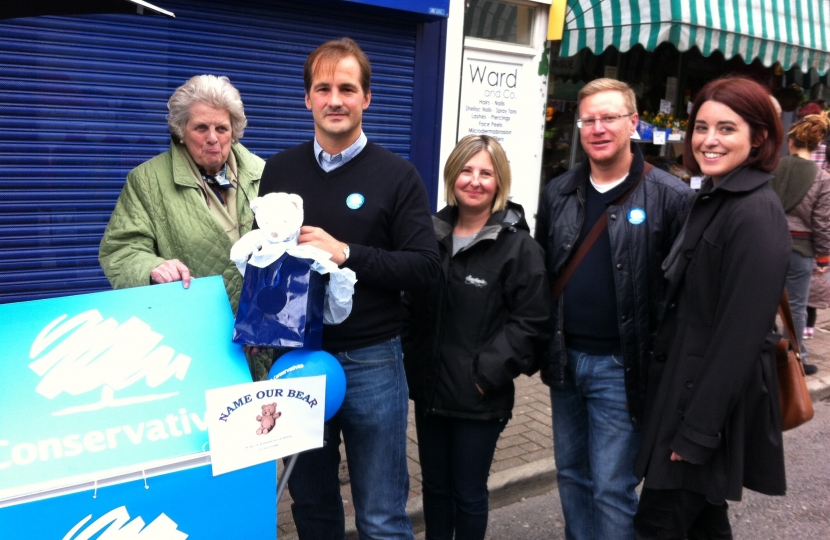 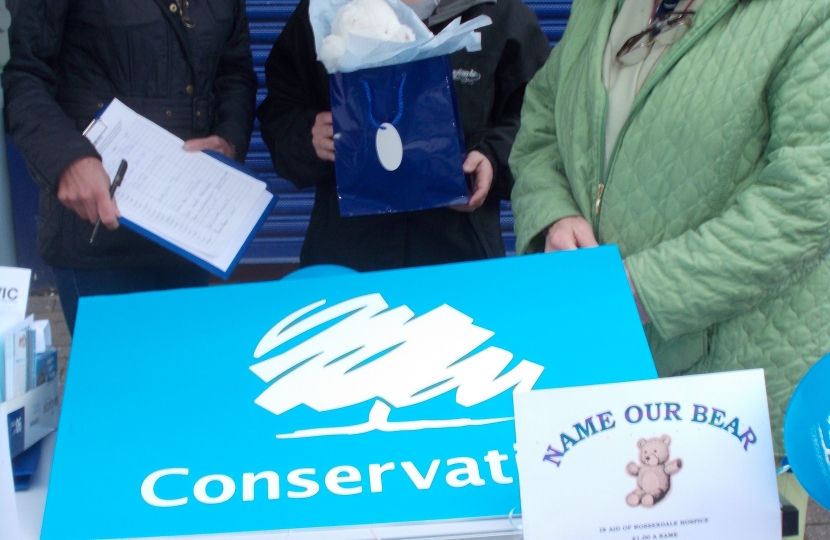 Those visiting the Conservative stall were asked to have a go at naming a beautiful cuddly toy bear. The winner of the name bear competition was Meg Whittaker who correctly guessed the name of the bear as Baloo. The £58 raised is to be donated to Rossendale Hospice.

Conservative Group Leader Cllr Darryl Smith said ‘Rossendale Conservative Group were delighted to be present at the Street Fair in Haslingden, it was well attended by local residents and it gave people an opportunity to speak to local Conservative Councillors about their concerns, the threatened closure of Haslingden Pool by the Labour run Council was a hot topic on the day’.

Jake Berry MP said: “We were pleased to be able to support the return of the fair to Haslingden, after a break of five years. A fun day was had by all and I am happy that we were also able to help such a special local charity.”